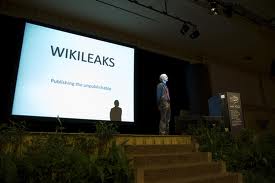 Washington: The Air Force has banned the websites of major dailies, news organizations and blogs which publish WikiLeaks documents, according to Air Force officials. The personnel have been asked not to view these sites on work computers until further clearance is issued.

The Air Force has issued warning against the violators and said that the legal actions would be taken if anyone tries to access the banned sites. But at the same time, the officials conceded that the enforcement of the decision might not be fully effective because the personnel who have access to these cables at homes would be able to read the secret documents. The Air Force cyber specialist team, however, has worked very hard on procedures to keep classified documents off unclassified computer terminals. Only those sites having entire set of classified documents, not just excerpts, have been be banned, according to Air Force officials.

Meanwhile, Spokesmen in the Army, navy and Marines have clarified that there is no such intention to ban the portals of news organizations as the US government has already issued a directive in which it explicitly mentioned that the federal employees and contractors should not read the secret WikiLeaks’ documents and other classified materials.

A senior official in the US administration has stated that the decision to allow certain departments and employees to access the secret cables was made in order to let them verify the impact of the documents leaking in the public domain and evaluate the damage done to country’s security.