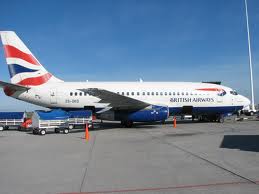 Adding further to agonies of travelers, several airlines in UK thinking of cancellation of flights amidst nonstop snowfall and decreasing temperatures across Europe.

It would be a big disappointment for those who had planned to go on a Christmas vacation.

In a statement, British Airways has said that if weather continues to deteriorate further then there will be no other option than to cancel more flights to avoid any mishaps. The airline has said that its flights will be operated from Heathrow airport of London on Tuesday with just one of its two runways. As of now Heathrow airport is not fully functional as the major portion of the airport covered with snow.

As the number of international and domestic flights has been canceled, thousands of stranded passengers are forced to take refuge in the waiting room of the Heathrow airport, which is also known to be the world’s busiest airport.

The weather department has forecast severe snowfall and low temperatures in the coming week for most of the UK. Keeping in view the weather warnings, one can expect the travel disruptions to worsen further.

Meanwhile, the UK government has given a relaxation at Heathrow airport to night flights, can land until 0100 GMT each day until Christmas. The severe weather conditions have forced several airlines to cancel flights across Europe for many days.