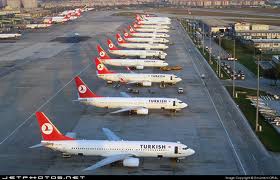 Boeing, the world’s largest aircraft manufacturer, has decided to increase the production of Boeing 777, most capable twin-aisle airliner, for the second time in 2010. The decision seems to be a conscious one on the company’s part keeping in view the delays on the Boeing 787 Dreamliner.

The aircraft manufacturer has said that the production of the 777 aircraft will be increased up to 8 percent on a monthly basis until March 2013. It must be noted that in March this year, Boeing had announced its plant to boost production capacity to seven aircrafts every month from 2011.

The Chicago-based company is very keen to expand the production of twin-aisle aircrafts and add a wide variety to its fleet. So far the company has had delayed the production of 787 Dreamliner aircraft because of technical issues and the delay has left the program running late by three years.

Boeing 777 comes in a different set of configurations and can accommodate more than 400 people. It has released so far 907 aircraft since 1995 and still has a backlog order of more than 250 planes.

In October this year, the aircraft manufacturer had announced to raise the production of 737 airplane, world’s most widely used jetliner.

Boeing has strengthened its stock prices this year by gaining 20 percent in the New York Stock Exchange.

Boeing 737 aircraft faces stiff competition from its rival A320 manufactured byAirbus SAS. Airbus issued a statement last month in which it revealed a plan to offer new engines to A320 aircrafts.