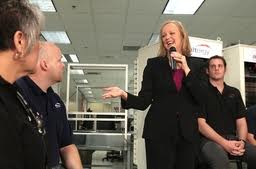 The governor disclosed this while he was unveiling the state budget to the public on Monday. The governor had reached a deal with the democratic law makers to cutbacks in future if the expected income could be not being realized. The details on the programs that could be affected by such cut were not provided by the governor.

It is expected that the law makers would vote on the budget on Tuesday and the governor has already indicated that he will sign the budget as soon as the votes are conducted. He said that the state has made some tough decisions adding that state courts and state universities would be affected by the cuts.

The governor revealed that he talked with the law makers for some months adding that he could not get the support of the Republican law makers. The major areas of disagreement between the Republicans and the governor are mainly in the area of tax. The budget would become operational on Friday. The passage of the budget was tortuous as the governor once vetoed a package by the Democrat law makers which was the first in the history of the state.﻿