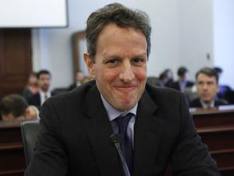 BEIJING: China is skeptical over  US offer to free up trade in high-tech goods. Chinese government advisers and economists said on Thursday that in the aftermath of the offer,  Chinese government should  reject to be involved into a negotiation  to speed up Yuan appreciation.

Timothy Geithner, treasury secretary, said that the United States wants to give China a greater access to US market and high-tech goods and in exchange for that expects Beijing to review its strictly controlled exchange rate system.

Meanwhile Chinese officials refused to comment on Geithner’s proposal that is made just ahead of Chinese President Hu Jintao’s visit to the United States next week. Many analysts are of the view that it is dubious to accept this trade-for-currency proposal.

“China will not act according to US direction; as far as Yuan appreciation is concerned, it must follow a general trend and not be impacted from the US sentiments,” said Ding Yifan, an analyst of the State Council.

One of the analysts is of the view that China should not be bothered about US demands as Beijing can have a greater access to high level of high-tech goods with ease from the Western Europe.

This week China has guided the Yuan move upward 0.4 percent against the US dollar. It has been a well-known pattern of pushing Yuan value up against the dollar before any diplomatic engagements.

Analysts are of the view that more and more Yuan appreciation will be needed over the period of time as inflation has been skyrocketing for the last two years and the trade surplus touching nearly $200 billion last year.