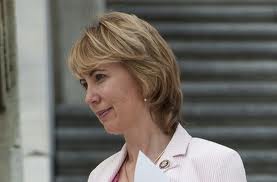 Phoenix:  While Congresswoman Gabrielle Giffords is still on a path to recovery from the gunshot injury in Tucson, her shooting suspect, Jared Loughner, has made the first appearance in the court. Jared Loughner, 22, has already been facing five criminal charges that include murders also. Loughner appeared in court with shaved head and a scar marks on his right temple. It is said that he did not have a smooth relation with his family members.

Meanwhile, doctors have said that Gabrielle Giffords’ condition is still critical and not shown any big improvement since Sunday.

US President Barack Obama and other Congress leaders express condolence toward the victims and their families. The president has a schedule to attend a condolence ceremony in Tucson in Wednesday.

The people who are known to Loughner have revealed that for past few years he has had a bitter relations with family and friends; he grew into an extremely erratic personality due to some tragic experiences in life.

Loughner’s parents have not been available for their comments since their son was arrested on Saturday.

As per US voters’ registration details, Loughner decided to move out of his parents’ residence in 2008 and got an apartment for himself in northwest Tucson, but he was forced to go back to his parents as he had no sources of income at all.