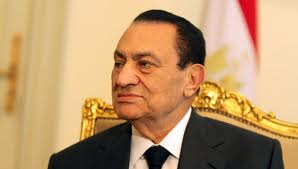 Hosni Mubarak, Former Egyptian president denied all allegations of corruption against him and his family while addressing people on Sunday. It was his first public appearance after being ousted from the post of President two months back.

Hosni Mubarak, was compelled to step down from his post onFeb. 11 following fierce anti-government protests all over Egypt. He stated that he did not loot Egypt and had no illicit cash hidden in neither foreign banks nor he acquired any other assets. Mubarak assured Egyptians of cooperating with all investigations regarding the alleagation. He clarified that he had only one bank account in Egypt and none of his family members had benefitted from the position he held in the country.

Suzanne, Mubarak’s wife and two sons—Alaa and Gamal are suspected to have taken advantage of his power for personal gains.

Mubarak’s statements indicated that he had stepped down as to show his patriotism for the nation.

He defended himself saying that he had always worked for the intereste of Egyptians and now walked out of his political life wishing for their prosperity.

The statement came from a televised speech and Mubarak sounded as reading some paper. His toned showed that he was proud of ruling Egypt for almost three decades and had no regrets over his ouster

The former president also stressed on taking legal action to defend himself against the corruption charges against him.