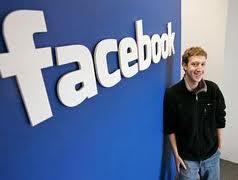 Another milestone in the history of philanthropy has been created in the united States. Social network Facebook chief join hands with 16 other richest people of America to devote money for charity issues.

Facebook CEO, Mark Zuckerberg, junk bond pioneer Michael Milken and AOL co-founder Steve Case together have joined philanthropic community promising to give away their wealth for social welfare.  Zuckerberg has already devoted $100 million to Newark NJ school education system. Giving Pledge is a charity organization founded by Microsoft  founder Bill Gates and Warren Buffet. Facebook CEO has joined Giving Pledge with other rich people of America and commit to step up his donations toward charity.

Today, younger generation is thriving on success so they should initiate work for charity in their youth, he social network chief stated. Though Giving Pledge do not have a criteria about how much money should be devoted for philanthropic causes, most of the members have committed to spend half of their wealth.

By joining the world of philanthropy at this age, Facebook chief has set a milestone for upcoming young entrepreneurs to give it a thought right now.