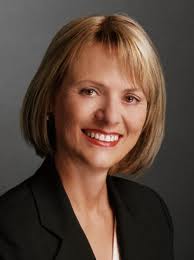 Yahoo! has not made any formal announcement regarding the layoffs, but a source familiar to the company’s policies has revealed that the employees could be notified about the decision within couple of days.

If Yahoo! cuts jobs then it will be 5 percent of its total work force which stands on 14,100 employees. At the same time, it will be Yahoo’s fourth biggest jobs cut since 2007. It should be noted that the last two layoffs took place under Yahoo’s current CEO Carol Bartz, a Silicon Valley veteran.

Bartz was hired two years back despite having no background of internet and advertising, which happens to be Yahoo’s main source of revenue generation.  The planned job cuts are going to be implemented in the company’s US products group, which has been under revamping process since the arrival of Blake Irving, ex-Microsoft executive, to run the business last yearHowever, the decision may not be a shocker for many since the report on layoffs was published last month on some technology blogs.

The company’s fragile growth rate, sluggish stock prices, and internal organizational turmoil have raised a question over the company’s current CEO’s capability to manage the functions. Rumors are going around that Bartz might be forced to leave the organization even before her term expires as a CEO in January 2013.