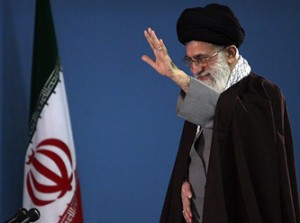 Iran plans to assassinate Saudi envoy to US

The US administration sought for explanation over proofs of Iran’s involvement in the murder plot against Saudi ambassador to the United States on Wednesday. The action has been severely criticized by foreign leaders and diplomats.

The US officials could not explain over their findings of Quds Force’s involvement as this would definitey tarnish the image of the unit which is part of Iran’s Islamic Revolutionary Guards Corps and is considered being one of the elite international operations.

Jay Carney, spokesperson of Obama government kept on saying that there were clear evidence of senior officials of Quds Forces’ participation in the assassination plan, however he did not say anything further.

Meanwhile, the US officials revealed they were trying to establish reasons to justify what their findings prove and indicated that as Quds Force is a known hand in supplying arms to the insurgents and training them, the murder plot might be an outcome of Iran’s changing strategy toward Saudi Arabia and the United States. The move might also be a trial to create tension  and between the United States and Saudi Arabia and spoil their economic relations.