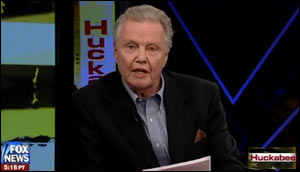 Actor Jon Voight accused President Obama of lying to Jewish people. The legendary actor, father of actress Angelina Jolie said, “You will be the first American president that lied to the Jewish people.”
In an open letter published on Washington times, Jon Voight said President Obama failed to defend Israel, the only Democratic state in the Middle East, against all their enemies.

There will be many who support the actor’s view. But the international media consider this as a baseless allegation especially since the Human Rights activists have continuously accused Israel for committing war crimes repeatedly despite international condemnation.
What the Jon Voight probably failed understand is that, it is only because he is an American he can attack the most powerful man on earth. Had he been a citizen of Israel or an Asian country and attacked the President of the country, the reaction would have been different. The American’s enjoy great freedom. But taking it too far may not be the right thing to do.


But the underdogs you defend are murderers and criminals who want Israel eradicated. You have brought to Arizona a civil war, once again defending the criminals and illegals…
– Jon Voight Letter

Do you think Jon Voight’s letter saying that Obama is raping the nation is going too far?