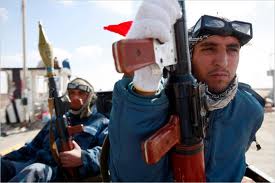 The United Kingdom and France blamed NATO for not caring enough to protect civilians during air strikes, following which NATO-led international security forces have issued this warning to the Libyans to stay away from the military action areas.

An anonymous official revealed that the NATO had declared on April 20 regarding their determination to pressurize Gaddafi-supporting Libyan forces to protect the civilians. They would continue to attack the Libyan military until they stop suppressing the rebellions, stated Lt. Gen. Charles Bouchard, commander of NATO’s Libyan operations.

NATO’s next strategy will be to increase airstrikes against the pro-government security forces and target Tripoli and surrounding areas.

However, the main concern of the international community will always be to avoid civilian casualties due to air strikes so that Gaddafi does not take advantage of a ‘propaganda victory.’

The NATO-led international security forces are not seeking any additional help from the US military, revealed the official. The US airplanes are attacking Libyan military’s air defense sites but NATO has not asked for any ground assistance. In fact, there is a probability of US pulling back its military from the entire Libyan mission.