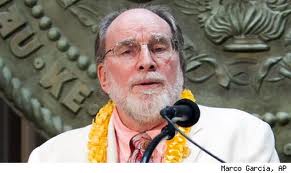 Neil Abercrombie, governor of Hawaii has pledged to resolve the “birther” controversy forever.

Birthers is a term used for those people who do not believe that Barack Obama was born in the US, despite of the facts supporting it. They have been asking the Hawaiian government to release Obama’s original birth certificate. However, the state of Hawaii does now allow it according to its laws.

Abercrombie, the new governor is however determined to find out the truth behind Obama’s birth place to finish the Birthers’ criticism. The governor said he wanted to do this to justify Hawaiian people’s love for President Obama and his family and also to honor the prestige of a president.

The governor, who has been a Democrat senator had joined office recently further stated that he has asked the Hawaii health department officials to find out if Obama’s birth certificate and other documents can be released legally. According to Abercrombie the controversy bothered him personally as he was friends with president’s parents and he was present at the time Obama was born.

Evidences prove that Barak Obama was born on Aug 4, 1961 at the Kapiolani Maternity and Gynecological Hospital in Hawaii. Local news papers also support this in two separate birth announcements published.

Abercrombie, also clarified that the matter was of no concern to the White House but he had raised the issue for the sake of Hawaiian people.