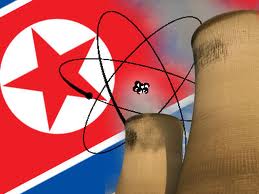 Washington: The US intelligence department in an important revelation has said that North Korea has more advanced nuclear technology compared to Iran. North Korea’s new nuclear plant to enrich nuclear fuel technology is so much advanced that the countries working on this technology may take more than two decades to match the advancement.

According to intelligence officials. After assessing North Korea’s advancement on the nuclear front, US and South Korean officials have viewed that the new nuclear plant could not have been so enriched without sophisticated networking of certain factors and a full-fledged uranium enrichment plant, elsewhere in the country.

The nuclear capability of North Korea has come as a surprise to many since the country has been facing economic sanctions and a ban on sea and air shipments, executed in the Bush era and made stricter after the UN Security Council resolution passed last year in the aftermath of second nuclear test by North Korea.

The recent intelligence reports have been a cause of concern for the US administration especially when its officials are making an all-out effort to devise a common strategy with China and other Asian countries to contain North Korea’s nuclear advancements.

Gary Samore, chief nuclear adviser in the Obama administration, has conceded for the first time that North Korea’s nuclear program is much more ahead than Iran, which is currently struggling to make further advancement.

Amidst the talk of more sanctions on North Korea, Chinese officials have made a point in which they argued that further sanctions can be counterproductive as largely failed in the past.