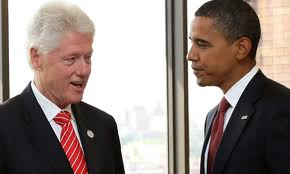 The US president seeks help from his predecessor. He asked former president Bill Clinton to persuade Democrats for supporting the Tax Relief Plan.  Obama wanted the bill to be cleared before expected prices rise in January.

Assisting the incumbent president, Bill Clinton requested Democrats of House of Representatives to pass the Tax Relief Plan right now before it goes in the hands of Republicans in the coming month. Referring to Obama’s Tax Relief Plan Clinton stated that it was a good agreement and should be passed before January.

Clinton’s regime in the United States has been an exemplary for every Democrat seeking for a recovery plan after the defeat in congressional elections in November. The president’s tax deal of $856 billion is awaiting Republican’s onion and this makes the Democrats concerned that Obama might compromise to bargain to win their acceptance for the deal. The budget commission stated that lower tax rates could be beneficial too if specialized deductions and other tax breaks are removed, however the Democrats were not convinced on how this tax relief plan could generate more revenue.

The Democrats expected tougher estate tax provisions for the rich people of the United States, which is not featuring in Obama’s bill. The Tax Relief Plan is expected to be passed on Tuesday but with a very bleak possibility.