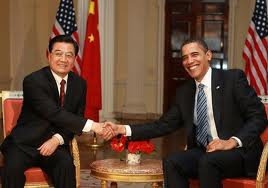 Obama further stated that North Koreans needed to understand the consequence of their provocation and its adverse impact on their mutual relation with China, officials revealed.

The US officials also added that Obama recalled Hu Jintao of their meeting in Canada where the former had publicly faulted China for its ‘willful blindness’ toward N Korea’s military aggression. The United States is helping South Korea in taking strict actions against N Korean aggressions including artillery shelling and sinking of a naval warship Cheonan. The warship carried 46 South Koreans all of whom were killed.

N Korea has attacked S Koreans, bombed over S Korean land and also declared recently about its nuclear power. However, China did not check or criticize N Korea for any of its actions.

The Chinese president reportedly ignored White House invitation for scheduling a telephonic call with the US president. However, the US officials denied the report. In the conversation the Hu Jintao neither assured the US nor made any complain over US military actions in collaboration with South Korea.