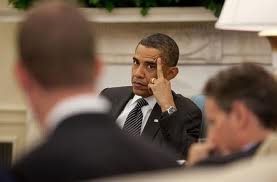 US President chooses his new economic adviser, who had also served to the former president Bill Clinton.  Gene Sperling worked as a senior economic adviser in White House during Clinton’s rule.

Sperling will work as the director of Barack Obama’s National Economic Council, He has succeeded Lawrence Summers. Summers will resume teaching economics at Harvard.

Sperling has also assisted Treasury Secretary Timothy Geithner as his counselor. Obama has retained many other members of Clinton era in his team. Ex- commerce secretary, William Daley, who also worked with Clinton, has been given a position in Obama’s West wing as the new White House chief of staff.

“Obama stated that Gene’s work during Clinton’s era was well acclaimed leading an economy suffering deficits to surpluses and thus he was the best choice for White House.

The president appreciated increase in employment as mentioned in Friday’s report by the government however added that unemployment was still high and needed more efforts to improve the situation. Jason Furman, who had served Clinton will remain in the National Economic Council and also get a higher rank this time as a deputy director.