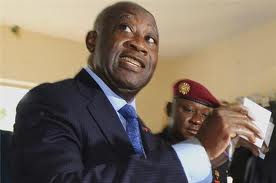 Gbagbo not ready to resign yet

Ivory Coast President Laurent Gbagbo pledged for not leaving despite US warnings to resign.

The US administration stated him to resign before it was too late, however Gbagbo has insisted upon staying in power.

Gbagbo has defied all the constitutional rules by denying his rival candidates win in the presidential polls. The polls were already delayed due to Gbagbo’s interruptions and were held only after the agreement with UN for restoring peace in Ivory Coast.

However Gbagbo did not agree with the November election results that declared his rival Alassane Ouattara a winner.

Gbabgo called on his supporters to not to give up and defend the country from foreign attacks.

Obama administration has been trying to solve Ivorian crisis with peaceful efforts yet and officials have even tried to convince Gbagbo to resign by luring him for getting a position in some international organization. Gbabgo has also being given an offer to settle in the United States if he liked or anywhere in Europe or Africa.

The international community has so far tried to pressurize Gbagbo by imposing travel sanctions on him and his family.  The US officials have also clarified that the offers given to Gbagbo might also be withdrawn if his supporters continued to suppress Ouattara’s supporters and attack UN officials and peacekeepers in Ivory Coast.