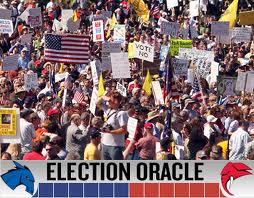 Republicans are preparing to repeal Obama’s health care bill by passing another bill opposite to it. However, Republicans are not likely to win. This will be the first session of Congress with Republicans in majority following their victory in midterm polls in November. The opposition wants to challenge Obama’s milestone work in his tenure—heath care law.

The House of Representatives under Republicans’ dominance is heading to repeal the health care law on January 12, stated the party spokesperson Dayspring and hoped it would pass through. He further added that the healthcare law denied jobs in small and large scale businesses therefore Republicans want to revoke it.  Despite Republicans’ majority, Democrats still control the Senate and they would never let the opposition repeal healthcare law.

Democrats warned John Boehner, the new would be speaker for House that canceling the healthcare law would not be good for the welfare of people as it reduces consumer benefits and they would try their best to retain the law.

The warning came in a letter sent to the incoming speaker by senior Democrat leaders. However, an opinion poll reflected confused voters over the issue. The repeal bill seems to be a focus of Republicans’ campaign in House for the incoming session of the Congress. The opposition will try to block funding of the healthcare law even if they fail in revoking it.