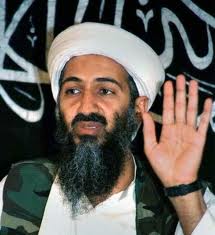 CIA has shown that equipped with latest technology, increased funding and better organization it can tackle incidents like the 9-11 attack on US.

It was revealed that after the 9-11 attack the first set of CIA officials who were deployed to Afghanistan to trace Osama Bin Laden were ill prepared and ill equipped for the mission.

However it is surprising the impact that technology can make just ten years to the 9-11 attack. The US intelligence were better equipped, funded and organized which culminated in the killing of Osama Bin Laden. The US seal was able to lay hand on the technology which combed the nooks and crannies of Pakistan to discover where the most wanted man on earth was hiding himself after almost ten years man hunt.

With the use of satellite photos the Navy seal knew everything about the hide out of Osama. The CIA was able to piece all the information together and became convinced that the wanted man was within the building the seal has captured in photo.

Thus CIA was able to redeem itself after the error of judgment that contributed to the invasion of Iraq. However the success over Osama had shown what technology can do to carry out the most successful spy over conducted on earth. It would be recalled the CIA was organized after the Iraqi invasion of 2003.