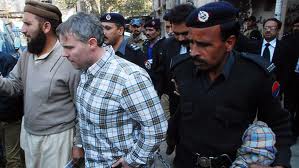 An American diplomat who was arrested by Pakistan authorities in Islamabad had not shot two citizens unintentionally or in self defense, revealed officials. The police official stated that after investigations, it was determined that the diplomat had clearly attempted to murder the two Pakistanis by shooting on them.

The conclusion may cause further rifts in bilateral diplomatic relations between the United States and Pakistan.

Davis said in his defense that he shot the two Pakistanis to defend himself when they took him on gunpoint to rob him. U.S. officials asked Pakistan to release Davis for he was a staff of the US Embassy and deserves diplomatic immunity. Pakistani officials however stated that the issue was now in the hands of the court.

Courtney Beale, a US Embassy spokesperson expressed his regrets over the incident and loss of lives but he defended Davis saying that even eyewitnesses reported that the act was committed in self defense. Despite the request from US officials, Pakistani authorities have not released Davis yet.