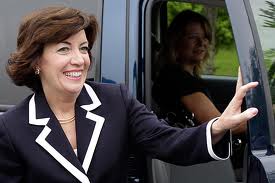 The outcome of the special elections that was conducted in New York has shown that the Americans have more confidence on the Democratic party policy on Medicare than the Republican Party. The republicans paid for it as they lost the seat they have traditionally held for than 40 years in New York.

An independent poll conducted agreed that it was the issue of Medicare more than any other issue that made the voters to choose the democratic candidate Katty Hochul over the Republican Jane Corwin who was a sitting member of the house. The democratic is already seeing the outcome of the election as a clear evidence that the Republican policy on Medicare is backfiring.

The outcome of the election may have affected the senate rejection of the house bill for the Medicare policy by 57 to 40 votes. Even some republicans voted against the party position when the senate conducted their vote over the issue. Boosted by the outcome of the New York election the chairman of the democratic party congressional campaign committee Steve Israel boasted that the party will win up to 97 seats in the House of Representatives in 2012 which is more than the 68 seats that they lost in last elections.