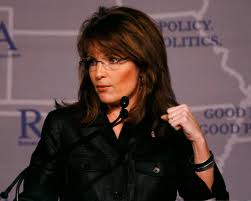 The mass shooting caused death of six people and left many injured  along Rep. Gabrielle Giffords, a Democrat from Arizona. Palin’s message on social network Facebook has been put as to defend actions that caused Tucson shootings.  In order to defend herself, she has created another center of debate.

Palin uses a very controversial term –“blood libel” while trying to defend her provocative actions. “Blood libel” is however representative of anti-Semitic slander – that was a false accusation against Jews. This was used to provoke Christians against Jews.

Giffords, who has been severely injured in the Saturday incident called Palin’s statement as an invitation to violence.

“Palin’s defensive statement on Facebook appears with a video to reveal the entire incident and demonstrate a U-turn from her previous stand. However, religious fundamentalists may quote the Blood libel in other perspective and provoke common mass toward further violence.

Sarah Palin has been considered as most effective leader among Republicans but losing focus within the party recently due to other emerging prominent leaders. She is also rethinking on her decision to contest for 2012 presidential polls.