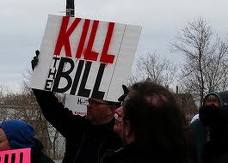 With the new session of US Congress beginning, the opposition is all set to block ways for Obama. Be it his greatest achievement so far—the healthcare legislation or funding, majority achieved after November midterm polls gives Republicans halt any step of the government, revealed the incoming budget committee chief, Paul D. Ryan.

The Democrats however have warned the incoming speaker ij their letter that blocking the legislation’s funding will be harmful for the consumers and may ultimately impact the international market adversely.

Thus, the first step of the Republicans after enter House in majority will be to revoke a law rather than doing any constructive work or proposing something for the welfare of people what they always claim as their top priority. The republicans will propose a different bill that contrasts Obama’s health care law and does not involve that much expenditure.

Republicans will soon go for voting on repealing the law on coming Wednesday but there is divided consensus among Republicans themselves over the success of their own bill which they would propose for revoking the existing law. Republicans hope to have an edge over the Democrats after winning midterm polls by gaining 63 seats and they could easily pressurize Obama to cut spending on the healthcare law.