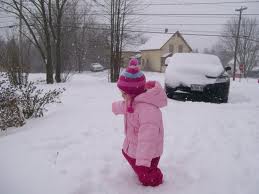 Many flights were cancelled in Southern California due to snowstorm on Sunday December 26.

A heavy cover of snow could be seen all over buses, trains and buildings, that has disturbed commuting through out California. The after-Christmas sales have been badly hampered due to such a bad weather.

New York and Boston have been covered with around one foot thick snow layer. Experts predicted up to 20 inches of snowfall for Philadelphia.

Flights have been cancelled throughout Northeast and also in Baltimore, Chicago, Washington, D.C., and the Carolinas. New York City alone has witnessed cancellation of 1400flights of different airlines.

Blizzard caused a heavy loss to travel industry by leading to cancellation of travel plans. The United States has been experiencing bad weather conditions in many of states for many weeks. Thousands of travelers have been affected so far and even daily commuting to local destinations is difficult for people.

An official from Los Angeles airport reported that fights of Delta airline heading toward Kennedy were cancelled while American Airlines stopped all 15 flights for Boston, New York, and Washington. Weather forecasters have issued a warning for the Northeast and New York for another snowstorm and a further reduction in visibility respectively.