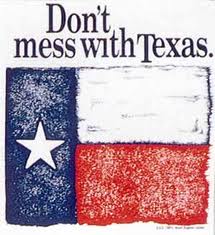 Texas is filing an appeal challenging over the greenhouse-gas rules of the federal administration of the United States. The appeal will question US President Obama’s authority over granting permission to different states regarding green house emission.

A federal appeals court of New Orleans has rejected Texas’s request for not allowing the central administration to issue greenhouse-gas permits as the states wants an autonomy in this matter. The state’s new appeal has been made in the wake of its rejected plea.

The Environmental Protection Agency of the United States started granting permission on green house emission considering the fact that Texas officials were not ready to issue the permits.

Texas appealed to the U.S. Court of Appeals for the D.C. Circuit citing the EPA’s actions as a violation of the Clean Air Act. The state called agency’s actions as an intrusion in the legal rights of Texas.

Texas has always opposed the environmental agency’s rules on greenhouse gas emission that oblige all units of oil refiners, power plants and other industries to reduce their greenhouse gas emission under permissible limits and obtain a compulsory permit for that prior to any construction or modification for their infrastructures.

The new rule implemented by the US Environmental Protection Agency will be effective from Jan. 2.