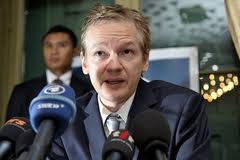 The WikiLeaks chief Julian Assange gets relief in the United Kingdom as a court granted him bail against rape allegations and charges of sexual assault. He is facing charges of rape and sexual assault in Sweden which he reportedly committed in August.

UK judge Duncan Ouseley accepted to release Assange on strict conditions following the decision of the City of Westminster. The court also released his passport. He checked in from a local police station in the night. The jury granted bail to WikiLeaks chief on Tuesday on a bail of$310,000, however within 2 hours his bail was cancelled against an appeal. It was then announced that Assange would be kept in custody for another 48 hours.

Assange needs to report in the court again on Jan 11 for next hearing over his extradition. He had surrendered to the British police last week. The 39 year old man, who has moved the entire world by disclosing confidential document of the US administration and many other countries is facing charges of sexual assault and rape which he denied.

Most of the diplomats and the US administration justified Assange’s arrest for disclosure of country’s confidential security information. The disclosure has hampered US reputation and its foreign relations.

Nonetheless, the Swedish court called his arrest as a consequent judiciary process following the charges of sexual assault and rape made against him and clarified that it had nothing to do with politics.