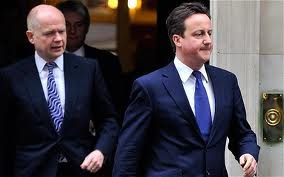 UK prime minister disagrees with the UN resolution on Libya calling it a restriction against the global community’s mission to protect civilians in the country.

David Cameron stated that it would constrain the NATO-led coalition power in protecting civilians against the atrocities by the Pro-Gaddafi security forces in Libya. However, he justified the restrictions at the same time.

According to the Libyan rebellions, more than 6 people have been killed on Sunday during a clash between security forces and rebellions in Misrata. The opposition members are continuously protesting against the autocratic leader Colonel Gaddafi and asking him to resign. The pro-government security forces fiercely suppressed the rebels and regained control over their stronghold recently, despite international efforts to protect the civilians.

The British premier further stated that despite the fact that the coalition forces were there to protect civilians’ lives, he could not say it was wrong to implement new UN Resolution on Libya, however it was certainly restricting them.

Cameron also stated that the resolution would block the mission that was began to take over control from pro-Gaddafi Libyan forces who were making the life of people miserable in Misrata and coastal areas of Libya.

Camerron emphasized on putting continuous pressure over Libyan ruler to agree for a peaceful settlement, which could also include giving some relief to Gaddafi.