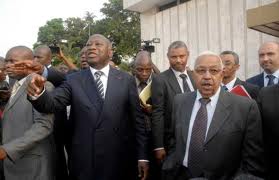 Martin Nesirky, spokesperson of the United Nations stated that the UN chief Ban Ki-moon was “deeply alarmed” by the aggressive statements given by the supporters of Gbagbo against Ouattara.

The UN secretary general said that this attack on Ouattara’s hotel where he was staying, could provoke violence and called for immediate action to prevent such incidences, reveled the UN spokesperson.

UN had been authorized to verify the Nov 28 poll results under a peace agreement made after the civil war 2002-03. Ouattara was declared a winner by the international community but Gbagbo declared himself as winner referring to the Ivory Coast constitutional council’s decision. However, the council was headed by Gbagbo himself and he nullified the decision of one million voters to declare himself as a winner. The United Sates and other superpowers of the world have pressurized Gbagbo to resign and let Ouattara take the position of president however, Gbagbo remains aloof to all the pressure put over him. Gbagbo has already ruled in Ivory Coast much beyond the time given to an elected president to rule Ivory Coast as Gbagbo delayed the elections. .

Human rights groups have threatened president’s supporters for abducting political leaders who have been opposing Gbagbo. There have been reports of mass killing by Gbagbo supporters.