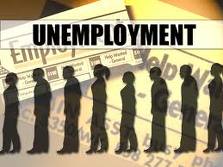 No job growth in US despite decrease in Unemployment U.S. economy registers very low job creation in January, according to the report of the federal unemployment. Thus though there has been a reduction in percentage of unemployment the actual number of people who are unemployed, remained almost unchanged.

Bad weather was also cited a reason for slow hiring rates as per the report. Employers have not changed their defensive strategy despite a remarkable recovery of US economy.

However it is surprising how the calculation of unemployment rate on national level shows a dramatic reduction– decreasing to 9% in January, from its earlier level of 9.4% in December that was even greater one month before– 9.8% in November.

This might be however an indication of negative factors rather than increase in employment. Young working population fleeing away from US job market led to a proportional decrease in unemployment that clearly indicates that there is no expectation of increase in jobs among US people.

Bart van Ark , the chief economist of Conference Board called it a chilling start for this year as US labor market could not gain the same momentum with the economic recovery after depression.

Bureau of Labor Statistics however gave some optimistic notion as they registered 49000 jobs in manufacturing sector this month and there was in an increase of 27500 jobs in the retail section. However there was decrease in jobs in government, financial services, transportation, construction, and ad-hoc -help works last month.