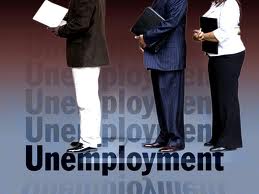 Unemployemnet remains high in US

The United Sates is still recovering from the aftermath of economic recession with high rates of unemployment. Despite the increasing number of jobs in the state of Colorado, unemployment rate were still on the rise in the state in November.

The southern west state of the US has registered a rise in number of jobless people to 8.6%, that is higher than its previous level in October. Colorado’s Labor and Employment Office stated on Friday that the unemployment rate has grown 8.6 percent within a short span of one month.

There were 3,800 jobs in Colorado in November. However the number of people seeking for jobs also increased by 6,900, to about 230,000 in the state.  Thus, despite an increase in the total number of jobs the rate of increase in number of unemployed youth remained higher than that of job creation.

In previous year, national unemployment rate raised to 10 percent whereas for Colorado it was 9.8 percent this year in November.

Colorado’s chief economist Alexandra Hall commented on this situation as very confusing as people do not know what to do. Despite the increase in jobs in last three months the employment situations have not changed much in Colorado, he added.

Hall further added that it would not be easy for all people to recover from the job loss during recession. Many professionals were found opting for babysitting or other short term jobs after losing their work.