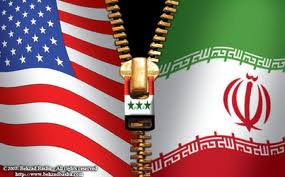 US- Iran Diplomatic relation are changing

Washington: The Obama government’s chief nuclear advisor, Gary Samore, has stated that the United States may impose new sanctions on Iran very soon in order to check its nuclear program advancement. Samore, the US coordinator for Counter-terrorism and arms control, has revealed that the US will keep mounting diplomatic pressure on Teheran and take additional measures considering the upcoming meeting next month between Iran, the US and other world powers to direct nuclear talks.

While addressing a conference on security and defense, he stated that the United States would increase sanctions as Iranian leaders kept avoiding detailed negotiations on the nuclear issue. He further said that the sanctions would not be lifted until all concerns are fully addressed. Samore did not give details about the exact roadmap over the Iran issue but it has been said that several members of Congress are considering a new legislation to limit Iran’s crude oil export and pressurize firms to publicly disclose their deals with Teheran. In addition, many Congress members want more stern sanctions which include punishing foreign companies engaged in business deals with Iran.

He said that Iran had more successful missile program as compared to its nuclear program; so, the United States would like to have a serious strategy to prevent arms sales taking place from Iran.

So far, sanctions imposed on Iran have had significant outcomes since the global ban on acquiring nuclear equipment and technologies for its nuclear program, Samore said. He further said that the United States would not rush to military option against Iran and first resort to diplomatic efforts.