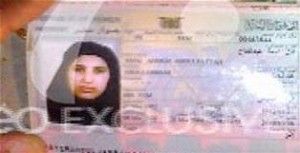 United States of America is pilling pressure on Pakistan to allow its security agencies interview the widows of late terror leader Osama Bin Laden. The national security adviser made the request. The killing of Bin Laden in Pakistan has sparked off a cold relationship between the two countries.

In their taped interviews president Obama and national security adviser Thomas Donilon were very selective in their choice of words not to openly accuse Pakistan of hiding Osama Bin Laden. The Americans believe since Osama is living in Islamabad it is difficult for Pakistan to exonerate itself of the knowledge of where about of Bin Laden.

The government of the United States is seeking to know to what extent the political and security authorities in Pakistan are privy of the stay of Osama Bin Laden in the country for almost 10 years of his manhunt. The relationship between America and Pakistan has never being all that straight since 9-11 attack. America has always believed that Pakistan is not doing enough in the fight against global terror. The killing of Bin Laden inside Pakistan seemed to have reinforced that assumption.