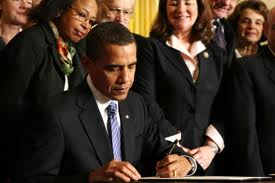 ﻿﻿Science and Technology advisor of US President Obama delivers a memorandum to federal science agencies so that they can guarantee integration among different research institutes and technology firms for national development.

Al Teich, the director of science policy at the American Association for the Advancement of Science (AAAS) revealed that the memo carries instructions in this direction and offers guidance for different scientific agencies for their further actions.

This comes after the Director of the White House Office of Science and Technology Policy, John Holdren, sent out the guidelines basing on a March 2009 memo bearing intentions of Obama with regard to scientific policy. In the memo, Obama had emphasized on building people’s trust in science, which could be achieved through scientific integrity. He had stressed the need for basing his administration’s approach to science policy on scientific integrity.

Some of the important topics covered are:

Scientific integrity in government – Guidelines to keep communication open among federal scientists and the public and making data accessible online.

Public communications –The memo directs agencies to establish systems to resolve issues in connection with proceeding with or refusing media interviews.

Federal advisory committees (FAC) – The responsibility of providing scientific advice for policy decisions lies with the Federal Advisory Committees or FACs. The procedures of recruiting committee members should be transparent.