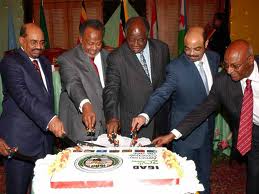 US warns Sudan to conduct fair elections. Obama stated that Sudanese voters should have full freedom to vote for candidates according to their choices.

US President called on Sudan to conduct a fair election free from coercion. He also revealed that if Sudanese administration follows 2005 peace agreement and conducts a fair poll, US might remove the country from its list of states sponsoring terrorism.

The president stated that the all nations are looking toward Sudan and expect it fulfills the obligations under the peace deal. He further added that Sudan must show a clean image by allowing voters full access to polling booths and cast their votes freely. The Khartoum administration must ensure there is no tension provoked by any factor that might lead to violence during elections.

Obama himself has put lot of efforts to ensure that Sudan follows the referendum peacefully. He called on all Sudanese leaders from North and South to cooperate with each other and work united to prevent violence.

The US president advises Sudanese to avoid any illegal mean to gain votes. Sudan is conducting its first poll after agreeing to Peace agreement following the 50-year-long civil war in the country. There were more than 2 million people killed during this period in North and South Sudan.