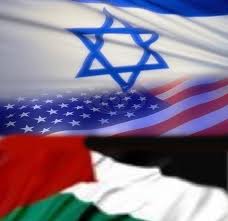 Jerusalem:  Despite the past failures of the US government to resolve the Middle East issue, President Obama has made one more attempt bringing Israel and Palestine to re-initiate peace talks. In this direction, the United States has sent its special envoy George J. Mitchelle to the region to create a congenial atmosphere in which a progress can be made over the core issues.

The US administration has given up on its efforts to convince Israel to move on settlement building in the West bank to put forth a signal to direct talks. The United States will not consider over the direct talk option for now. Instead, the US envoy will ask the Israeli and Palestinian authorities to come up with their negotiating points separately and then only the US administration will find a solution to the problem.

US special envoy Mitchell had a detail discussion with Israeli Prime Minister Benjamin Netanyahu on Monday over the latest development, and he would be meeting Palestinian President Mahmoud Abbas in the West bank the very next day.  Mr. Mitchelle would then head toward Cairo to meet the Arab League foreign ministers on Wednesday.

Most of the Palestinians opined that the US envoy would be unable to come up with any new methods to resolve the prolonged issue between Israel and Palestine. In the past too, Palestinian people have had raised question over US leadership and dexterity to play a successful role. Meanwhile, the Fatah Central Committee members have said that they were not in favor of any talks with Israel direct or indirect, in the absence of a settlement freeze. They reiterated that the talks must be referred to 1967 announcement based on a two-state theory.