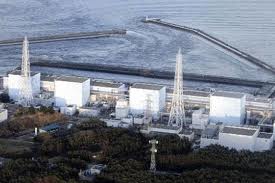 A US official revealed that authorities will inspect reactors in the United States to check if there is any fault in the safety system in the reactors and power plants so that there is no repetition of Japanese nuclear emergency.

Bill Borchardt, chief of the U.S. Nuclear Regulatory Commission, stated that a temporary inspection will be organized for all 104 reactors in the United States to examine their conditions and assess the safety measures.

He added that the United States should learn from Japan and be prepared to safeguard nuclear plants and weapons prior to any natural disaster like earthquake and tsunami which might endanger them. Borchardt said that the inspection team would check to ensure how the nuclear plant operators would manage in case of severe accidents like Japanese earthquake that culminated radiation crisis at nuclear plants

” A model scenario similar to Japanese disaster has been created to ensure how the power plant will operate at the time total failure of power supply, or at the time of flooding and earthquake sv  The crisis at Fukushima Daiichi plant started when its cooling system failed owing to disruption caused by earthquake and tsunami stated Borchardt.

He also assured Americans radiations from the Fukushima plant would have no impact on the United States mainland or coastal areas.