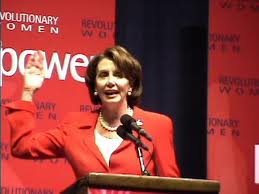 The Speaker of the House of Representatives supporting illegal immigration

Taking a step forward toward granting legal status to the illegally migrated youths, the US House of Representatives passed a bill for changing immigration law.

The US representatives voted the bill with a majority [198] to change the current immigration law, that do not permit illegal immigrants to enjoy normal rights. For converting into a law, the bill needs to win 60 votes at least in the House of Chambers.

However, the Republicans plan to block the bill unless Obama administration extends tax cuts initiated by George Bush and before the next fiscal year begins in October.

The proposed bill has also been considered as a DREAM Act as it, if passed would allow illegal young immigrants to get legal rights as residents provided they serve in military or study for 5 years. This provision will come into effect with the cooperation of Representative Howard Berman, a California Democrat, and Representative Lincoln Diaz-Balart, a Florida Republican who would also sponsor the process.

The proposed bill has been titled as a ‘tailored’ transformation of immigration laws to revamp the shattered US economy. This would also promote employment and education.

Democrats regarded the bill targeted youth migrated to the US with their parents who entered the country illegally.

The Opposition however called the measure as an ‘amnesty’ to shade illegal migration and feared that this would again give a chance to foreigners to grab the jobs otherwise meant for American youths.