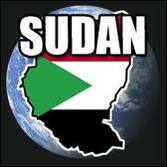 US President indicates possibilities of removing Sudan from terrorism sponsoring states’ list. Barack Obama stated that if Sudan fulfills the requirements of being recognized as a country against terrorism and accepts South Sudan as an independent nation, it would become a clean country without label of states sponsoring terrorism.

Omar al-Bashir, Sudanese President stated that he had acknowledged Southern Sudan’s demand for independence. However it is likely to create another blow on peace of the entire African region.

The United States gave a clear indication of prospects of removing Sudan’s name from the notorious list. The statement of President Obama and US Secretary of State Hillary Clinton came in the wake of January referendum’s results in South Sudan. The results express Southern Sudanese people’s desire to be independent.

The US will also recognize Southern Sudan as a sovereign nation and this would facilitate Khartoum government with a chance to improve its image in the global community.

Obama also expressed hopes for better bilateral relations with Khartoum government and the new state-Southern Sudan and for their development.

Sudan President Omar al-Bashir has finally agreed to accept Southern Sudan’s independence seeing it as an unavoidable situation. He congratulated Southern Sudanese for voting to form a new nation.

Sudan has been mentioned in the US terrorism list with other three states Iran, Syria and Cuba.