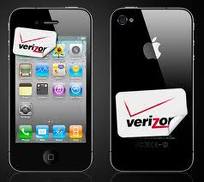 The iPhone 4 of Verizon has set new milestones of record sales last night-. The overwhelming response to the product is the most successful first day sale in company’s history so far. The counting was continued while morning press release was published and it did not mention the actual number of iPhone sales.

At the launch of iPhone 4 in June, Apple had announced that the company took 600,000 orders for the device on the first day.

The latest launch by Verizon before iPhone was Motorola Droid for which the company sold 250,000 units in the first week. It is a Android-based smartphone.

However, iPhone’s pre-orders are predicted to have reached in millions on the very first day. From Feb 10 both Apple and Verizon will start selling iPhones of Verizon flavor. You can opt for an online purchase for a quicker access as it will start on Feb 9 from 3:01 am.

The new price of  the 16-gigabyte model is $199.99  whereas for 32 GB model it is only $299.99 for the 32 GB model. However for those who have been the customers of Verizon for last 20 months can purchase the same models on a discounted price. There is no mention of such change in policies on the company website so far and this is creating lot of confusions among the customers.