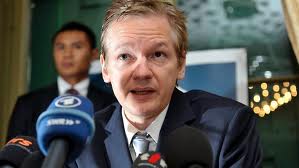 The famous media person and WikiLeaks founder Julian Assange, who had put the American administration on its toes by disclosing military’s confidential documents is likely to face bias as the prosecutor against him has a malicious opinion about men.

Assange is face charges of rape and sexual assault. A senior Swedish judge stated during Assange’s hearing in Sweden that his prosecutor, Marianne Ny was a malicious radical feminist and might want Assange to suffer even if he was not proven guilty.

It was a two day hearing at Belmarsh magistrates court when, Brita Sundberg-Weitman, the retired judge, biased view against men.

The former judge stated that the prosecutor’s attitude might be the sole reason behind putting charges over Julian Assange and the entire trial just in order to make him suffer during the hearings.

Sweden has asked for the WikiLeaks’ chief Assange’s extradition over allegations of rape and sexual assault committed by him in August. However, Assange and his advocate denied all these charges.

The chief magistrate Judge Howard Riddle is hearing the further part of the case against Julian Assange.

Robertson, who is acting on behalf of Assange, stated that Ny and Claes Borgström, the lawyer, who were representing the two women whom Assange is believed to have assaulted, were politically motivated. In fact Ny had also spoken openly about Assnage confirming the charges whereas the accused of sex offenders are kept anonymous in Sweden unless the charges are proven.