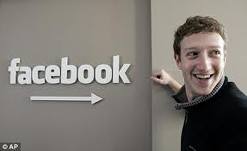 The most popular social network Facebook is all set to report financial results from 2012.

The company has informed its prospective shareholders regarding its proposed venture. However it would certainly make it public provided the network aims to get beyond 500 shareholders.

According to U.S. Securities and Exchange Commission rules, any company which wants large number of investors needs to disclose its proposals in details in public.

Facebook has recently become a popular avenue for investors due to its increasing number of users and advertising income.

Facebook has already released data about its sales and profits. It earned $1.2 billion in total out of which net profit was of $355 million in the very first nine month period in  2010.Facebook earn its revenue mainly from ads displayed on its pages. Also affiliate marketing and game applications add a major part of the total earnings for Facebook.

Goldman Sachs Investment Partners, a client of Facebook alone invested $450 million in the network. The investing company expects to sell its shares of $75 million to other clients for its stakes in Facebook. A Russian firm Digital Sky Technologies has estimated Facebook as worth $50 billion and invested $50 million itself.

According to a report published in Wall Street Journal, Facebook has achieved highest quarterly earning recently.