The US House of Representatives has approved proposed $7 billion pipeline The Democratic government has moved forward to set a deadline for the pipeline that will bring Canadian oil sands crude to the United States .

The bill received 279-147 votes in its favor and this eventually pressurizes the state to allow transport of Canadian oil sands crude to California by 1 November via Keystone XL pipeline.

Ed Whitfield, a Republican stated that the pipeline continued being held up for three years due to many reasons, and now the approved bill has removed all the big obstacles for it.

700,000 barrels of crude oil per day. It will transfer oilfrom Alberta to refineries situated at US Gulf coast. This would also help in securing energy supply in the country as well as promote employment. However, the bill is yet to become a law and it needs to be passed by the Senate, where DEmocrates dominate the scene.

Keystone XL pipeline has raise many environmental concerns too and therefore received strong resistance from those who oppose the bill. The oil sand production in Canada is carbon-intensive, and therefore contributes to greater pollution.

from the incidents of leakage in Exxon Mobil’s Silvertip oil pipeline has also set people to raise concern over the viability ofKeystone XL pipeline.

The debt-crisis driven US economy seeks for earning from  taxes from online transactions  and that too in billions! A senator presents a bill on Friday that claims to seek solutions for the giant financial crunch that the US economy is fighting with, by earning from nothing.

The United States is to lose an additional $10 billion in 2011 and $11.4 billion next year to pay sale taxes which are left uncollected during online shopping and other transactions, concluded a group of three professors at Tennessee.

Democratic Senator Dick Durbin, who has come up with a bill for sale tax reforms is supported by institutions like the National Governors Association as well as the National Retail Federation  and also received affirmation from many online retailers, including Amazon.

Luke Kenley, a state senator from Indiana confirmed that this strategy is being initiated at the state level and a group of 24 states called Streamlined Sales Tax Governing Board, which he heads, is already calling on the Congress to come up with a uniform sale tax for all retailers, be it online or else.

Currently accounting for a volume of size of $165 billion, the online retail market is a new sphere of attention for the financial experts, who predict a bright possibility of 15 percent annual growth in the industry in next ten years.

The oil drilling companies have also attacked the government oil drilling policy. The president said in his weekly address to the country that he is setting up a committee to investigate the cause of the skyrocketing oil prices.

The committee to determine it is as a result of any manipulation or fraud. The price of gasoline has gone up to $4 a gallon. He is therefore calling for the elimination of the subsidies that are currently enjoyed by the oil producing companies.

There is a debate going on in the congress over the new direction of the country’s oil policy. The Democratic Party is proposing annual tax breaks of $2billion for the five big oil producing companies in the country. This is a legislation that is opposed by the Republican Party. 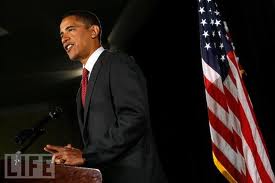 Tokyo, Japan: After more than 2 months of constant rebound, the Euro trades stabilized but retained its gains on Friday.

Yesterday the EUR/USD currency pair advanced through 1.3200 from 1.3085. Despite the press conference from ECB’s president Trichet which disappointed the forex market for not committing to speed-up the pace of its bond buying program, the single currency was able to rebound off 1.3059 lows on Thursday.
However the GBP/USD cross has been performed poor, falling behind the purged US Dollars. According to Nirmal Keelery a forex trader involved in forex morning trade, as the foreign exchange market moved into its close GBP/USD was still slightly struggling but stable near 1.5600 from lows of 1.5512.

Bradley D. Eisner from New York who was operating a foreign exchange ponzi scheme was sentenced for five years probation by U.S. District Judge Dora Irizarry in Brooklyn. Eisner who defrauded his customers of $66 million, came forward reported himself about the ponzi scheme run under Razor FX.

According to Federal guidelines such a financial fraud called for a prison term up to 15 years and 8 months. According to Eisner’s lawyer, this is an extraordinary case where the court rewarded the defendant for showing the courage to stop a big financial scam and his willingness to admit being guilty.

Eisner and his partner MacCaull allegedly used the Razor FX investors’ money for their personal expenses and fabricated account statements when they returned millions of dollars to earlier investors with funds from new investors.

Investors should be aware of the various scams going on in foreign exchange market. Before of any get quick rich schemes including managed forex accounts and fraudulent brokers. While they are not entirely scams, do your research properly before you buy any software like Automated Pips or applications that offer easy way of doubling your investments.

The Commodity Futures Trading Commission (CFTC) scrapped a proposal to reduce the amount of borrowed funds that currency traders can use to trade forex contracts to 10-to-1.

In retail forex market people can open an account with any of the forex brokers and invest on speculation of price movements of one currency agaist another. The use of leverage allows the traders to speculate on mutiple times the actual deposit to greatly increase profits, but this can also result in magnified losses. At present the existing allowed leverage is 100-to-1 for major currencies. That means you could invest $5000 in your forex account and trade a notional amount of $500,000. This was also a cause of many forex scams and the CFTC proposal was to reduce this to 10:1 leverage.

However the CFTC proposal was opposed by most of the forex brokerage firms as well as traders. The reaction resulted in massive number of comments and feeback. As a result the CFTC scrapped the earlier proposal and decided to go ahead with a new rules where the firms can’t offer a ratio of more than 50-to-1 for major currencies or 20-to-1 leverage for the more exotic variety.
The new rule seems to be a more balanced option to give traders enough opportunity to gain profits yet protect them from fraud.

Accroding to the CFTC Commissioner Bart Chilton the final rule represents a compromise on the leverage issue. On Tuesday he said, “I think we did a good balancing act in the final rule,” he said. “It protects investors from fraud and abuse yet allows legitimate business activity to continue.”

The new proposal should be a happy new for traders, brokers as well as those who are releasing new forex tools (see Forex Bulletproof ) especially because forex market is booming. Wall Street Journal reported that during April the foreign exchange market hit the average turnover of $4 Trillion on a single day.