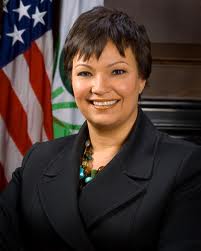 The Environmental Protection Agency plans to go ahead with issuing rules to limit greenhouse gas emissions coming out of power plants and oil refineries despite strong opposition from the Congress.

The E.P.A recognizes that power plants and oil refineries are the top emitters of green house gases that pose health hazards. It plans to begin the regulation of emissions under the Clean Air Act. Coal powered power plants are already under fire for realsing many other pollutants such as: sulfur dioxide, nitrogen dioxide and mercury. But this fresh order of reducing carbon dioxide could result in shutting down of many old coal powered plants.

The agency, however, is not clear how strictly it plans to enforce the rules and what results would they yield. Gina McCarthy, the assistant administrator for air and radiation, just says that the rules will be “cost-effective”.

This lack of clarity gives the power industry the weapon to question the rule on grounds of cost effectiveness. New power plants are required to put in more power supply in line.

But the E.P.A is under pressure from environment watch groups to act in this direction. They are bound to go ahead with the regulation, which they insist is not a cap-and-trade system.