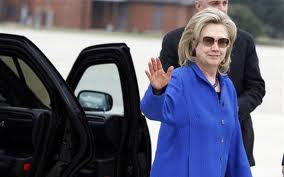 DOHA: – US Secretary of State Hillary Clinton on Thursday urged the Middle East countries to abandon corrupt institutions and revamp sluggish political systems. She warned these countries about serious outcomes in case of failing to tighten control over the corrupt practices in the system. She also raised an apprehension toward losing the future to Islamic militancy in the region.

Hillary Clinton was on a 5-day visit to the region which has been facing political turmoil of different nature. During her address to regional leaders in Qatar, Clinton said that the countries of the Gulf region are not up to the tasks when it comes to make necessary demographic and political changes in the existing systems.

She, however, accepted that each country in the region has its diverse challenges. The audience included representatives from Saudi Arabia, Egypt and several other US allies.

Clinton said that her five-day visit to the region was a deliberate US effort toward a more stable and innovative Middle East countries in the coming future. She mentioned the green energy projects in the UAE and politically involved youths in Yemen as rays of hopes in the region. However, she stated that the developments were irregular and a lot of constructive steps needed to be taken to bring political stability in the region.

During the five-day trip, Clinton visited UAE, Oman, Qatar and Yemen. Yemen has been under global focus due to rise to resurgent regional wing of al-Qaeda. She also consulted with US allies on Iran’s nuclear program.