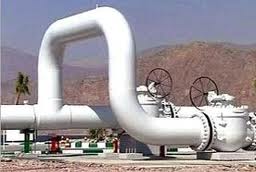 The ministry further stated that the halt was mad e to restrict further damage to the pipeline. The incident occurred due to gas leakage in El Arish in the northern Sinai desert where the authorities suspected foreign hands behind terrorist activities. The fire was however under control without any casualty despite flames and smoke billowing out into the sky, explained the ministry in its statement. This ignites tension amidst the huge mass protests going on in Egypt for the ouster of President Hosni Mubarak for last 12 days. Mubarak has warned people that if he leaves Egypt would be under chaos.

The activists made a human chain in Cairo at Tahrir Square to stop military tanks while demonstrating against President Hosni Mubarak. It is notable to remember that Egypt was the first Arab country to sign a peace deal with Israel in 1989.

Israel’s Ministry of National Infrastructure revealed that there was no fear of interruption in electric supply to the country from this incident of fire in the pipeline. Israel meets 40% of its gas consumption needs from gas imported from Egypt. The break in gas supply from Egypt will also hamper export to Jordan however they have ample backup fuel to run the normal activities, revealed Ghaleb al-Maabira, Jordan’s state electricity company’ general director.

Egypt possesses 77 trillion cubic feet of natural gas reserves and is the main supplier of fuel in the easter Mediterranean region.