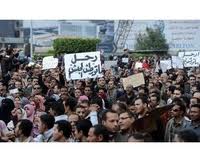 The besieged former president of Egypt, Hosni Mubarak remains in hospital due to his critical conditions after being detained over corruption charges.The authorities revealed

Mubarak’s health conditions immediately after he was hospitalized. He was under interrogation for 15 days in Red Sea Resort at Sharm el-Sheikh.

O some medical center in Cairo. Mubarak’s two sons—Alaa and Gamal are also under investigation and detained for 15 days along the former president. The ex-president and his family have been accused of mismanaging public funds and using for their personal benefits as well as adopting oppressive actions to suppress the opposition groups and protesters.

The security forces, that supported Mubarak remained suppressive against the protesters and killed many of them.  Many leaders of opposition were detained by the security forces while they evacuated the demonstraters from Tahir Square in Cairo.

The opposition groups are now pressurizing the incumbent government for military trial against Mubarak and his family members who are also believed to have used his post for wrong reasons.