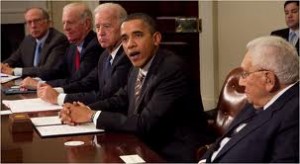 Washington: The New START treaty between the United States and Russia is poised for ratification in the Senate giving a victory to the Obama administration and the White House campaign that tried hard for the approval of the treaty.

Even Republicans who are opposing the treaty are divided. The schism in the Republican Party got pronounced as eleven members of the party joined the Democrats on the issue and the party’s third most important leader, Sen. Lamar Alexander of Tennessee declared his support for the treaty.

The Obama administration has worked hard to see the treaty ratified. Efforts included the firming up of commitment to secure $80 billions for nuclear modernization in the USA.

The treaty restricts the signatory countries to limit their long-range nuclear missiles to 1550 from 2200 in seven years of signing it. Countries that ratify the treaty will limit the number of nuclear launchers to 700.

The treaty will have modes effects on the nuclear capabilities of the USA and Russia. But it can strengthen security relations with Russia and help in persuading other countries to reduce their nuclear arsenal.

Sen. John F. Kerry (D-Mass.), chairman of the Senate Foreign Relations Committee, said after the 67-28 vote, “We are on the brink of writing the next chapter in the 40-year history of wrestling with the threat of nuclear weapons.”

Alexander, rendered his support because he felt that the pact “leaves our country with enough nuclear warheads to blow any attacker to kingdom come. I’m convinced that Americans are safer and more secure with the New START treaty than without it.”