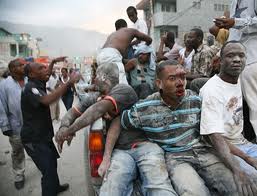 The earthquake of 6.3 magnitude at Richter Scale completely devastated Christchurch, killing approximately 75 people as per record whereas more than 300 people are still missing.

This is being considered as country’s most devastating earthquake in last 80 years of seismic phenomena.

Christchurch was the nearest point to the epicenter of the earthquake that occurred on Wednesday, and hence is the worst affected area. People are trapped in the high hills of debris and messaging through their cell phones for help.

The earthquake occurred in the middle of drizzling rain and left no choice for people who left their shelters after the tremor.

John Key, New Zealand’s prime minister revealed during a press conference that around 55 people were identified so far among those killed in the quake. He declared emergency and called on government officials to respond quickly to the national crisis.

There were still many of people trapped under dozens of buildings, suspected a police official.

Pyne Gould Guinness Building alone had more than 22 people suspected to be trapped under its rubble Authorities said 22 people had been rescued from the Eight people were rescued from the debris of the Canterbury television building while many were still trapped.