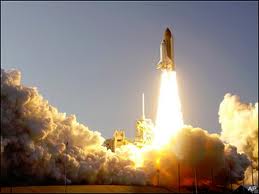 NASA reported that the space shuttle Discovery docked with the International Space Station successfully on Saturday. The docking was riddled with a series of problems and that has pushed the crew’s schedule.  The express logistic carrier now will be installed only on Sunday.

Hatches linking the shuttle to the station opened on Saturday at 4:16 pm and there was a welcome ceremony followed by a safety briefing. The shuttle Discovery is on a 11 day mission and will deliver a storage module, a rig and some spare parts to the six occupants of the space station.

The mission is headed by Steve Lindsey.

Interestingly the shuttle took off on Thursday afternoon from the Kennedy Space center, but not before the count down was forced to be stopped at five as there was a ‘computer problem’. The journey was not without problems. Four pieces of foam were noticed flying from the shuttle after it took off. NASA scientists didn’t foresee any problems from foams at that altitude. However, two astronauts aboard the shuttle have taken pictures of the thermal protection system for scanning for ruling out any damages.

The astronauts will move several items brought in the logistic career. A space walk is scheduled on Monday. During this, astronauts Alvin Drew and Steve Bowen will perform several operations including the installation of a power extension cable. The shuttle crew will attach a permanent module – Leonardo – to the space station.

The shuttle Discovery has so far carried crew members. It has circled the Earth 5,628 times spending 352 days in the orbit. It is sad that this will be its last mission.